Natural collagen is one third of the total protein mass in our body.

Without it, they do not exist and can not work: the skeletal system, skin, muscles, nervous system, as well as the eyes, kidneys, liver, heart, genitals, digestive tract. Natural collagen accounts for one third of the total protein mass in our body. It is he who creates the skeleton on which the cells characteristic of the individual are deposited
organs.

It is no wonder that it is called so. The name comes from the Greek cola – “glue” and geno – “to give birth”. This “glue-creating” protein literally bonds our organisms together.
Not only does it create the skeleton of individual organs, and many of those organs (it constitutes 70% of the skin’s proteins!), but it also surrounds them all as extracellular fluid. Biochemists describe it as the most complex creation in vertebrate biology. The triple helix of the collagen fibre – three interlaced chains, each made of 1000 amino acids set in precise sequences – is more elaborately constructed .

There is a constant “turnover” of this exceptional protein in our bodies.
It is replaced at a rate of about 3 kg per year. The deteriorating fibres are replaced with new ones, generated by fibroblasts in the skin and by chondrocytes in the bones.

Collagen deficiency is the beginning of trouble. It occurs when collagen replacement does not proceed fast enough. There can be two reasons: a quickened collagen deterioration or a delayed rate in its production.

Do you like to sunbathe? Or perhaps you have once been burned? If so, then you have personally experienced what the quickened deterioration of collagen means. Collagen is exceptionally sensitive to adverse stimuli. Its fibres disintegrate not only because of the so-called chemical factors, or a too high or too low temperature, but also because of UV radiation. This is why the skin of people who like to sunbathe ages faster – it becomes wrinkled, roughened and loses elasticity; dermatological problems appear and exacerbate.

Is age a heavy burden? This is also connected with collagen! This is because collagen production is conditioned hormonally. Its production is carried out by thyroid hormones, estrogens, androgens, parathormon, growth hormones, growth factors and insulin. During the climacteric period, this process is disturbed – more collagen deteriorates than is produced. During the somatopause, i.e. about 60, when the activity of the neurohormonal axis fades, collagen production is completely stopped. This is why not only appearance, but also health deteriorates with age. It especially concerns the organs in which the largest quantities of collagen are found – that is skin, bones, joints and eyes.

The end result is development of muscle atony and functioning disorders of the brain, heart, kidneys, liver, and digestive system

The scientific world has been interested in collagen for a long time.

In the last few decades, giant concerns have been competing amongst each other to research it. It was only in the sixties of the 20th century when scientists managed to determine the sequence of amino acids and the chemical structure of this protein. The turn of the 20th and the 21st century brought further scientific discoveries, which destroyed the stereotypical ideas about collagen. For example the fact that its particles are too big to permeate through the skin.

Yet, until recently, no-one managed to obtain collagen in a biologically-active form. It was made impossible by the collagen’s complex structure and its vulnerability to the factors that are a chemists’ regular working tools.

* for the first purchase, the discounts cannot be combined 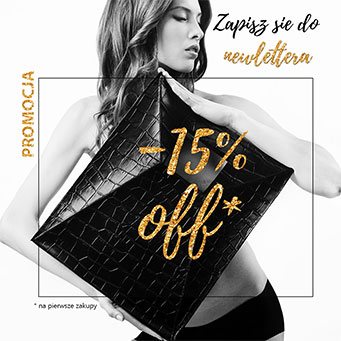